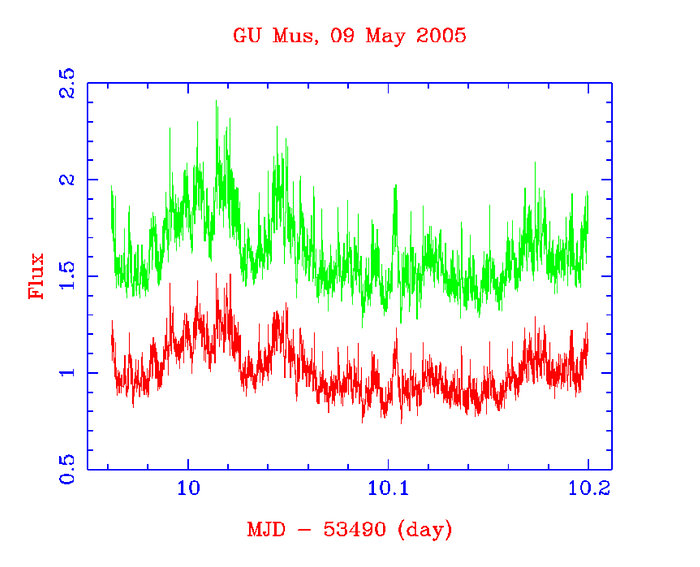 Early scientific highlight from the first few nights of the ULTRACAM observing campaign on the Very Large Telescope: light curves in the i''- (red) and g''-band (green) of the quiescent black-hole X-ray transient GU Muscae. This object consists of a black hole in a 10-hour orbit with a normal solar-like star. The black hole is surrounded by an accretion disc of material transferred from the solar-like star. As this material accretes onto the black hole, energy is released, and this is evident from the large-amplitude flares visible in the light curves. What was not expected, however, is the series of sharp spikes that can be seen, and which are separated by approximately 7 minutes. Such a stable signal must be tied to a relatively stable structure in the accretion disc.