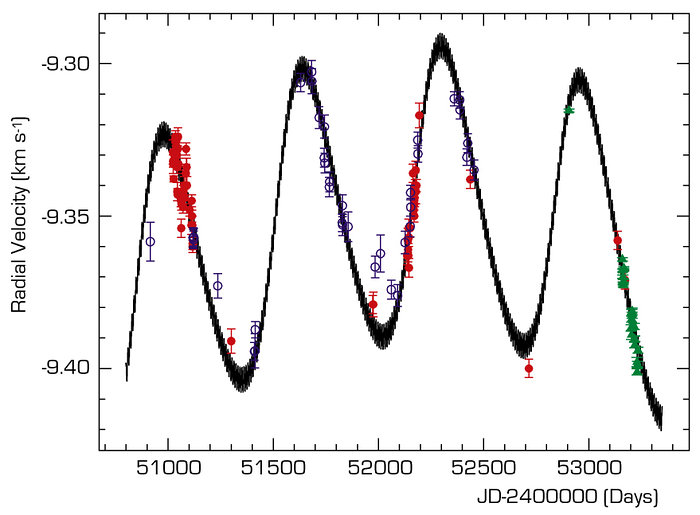 Measurements of the radial velocity of the star mu Arae obtained by HARPS on the ESO 3.6m telescope at La Silla (green triangles), CORALIE on the Swiss Leonhard Euler 1.2m telescope also on La Silla (red dots) and UCLES on the Anglo-Australian Telescope (blue circles). The solid line shows the best fit to the measurements, assuming the existence of two planets and an additional long-period companion. The fact that the line happens to have a given width is related to the existence of the newly found short period planet. The data shown span the interval from July 1998 to August 2004.