3D map of stellar systems in the solar neighbourhood 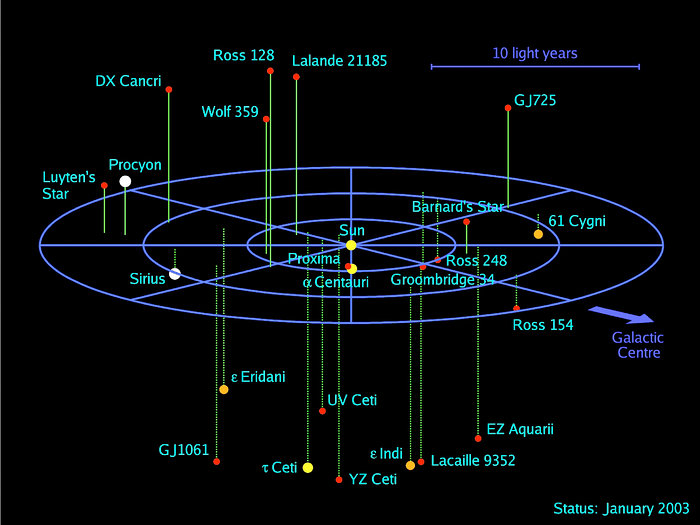 3D map of all known stellar systems in the solar neighbourhood within a radius of 12.5 light-years. The Sun is at the centre and the Epsilon Indi binary system with the brown dwarf Epsilon Indi B lies near the bottom. The colour is indicative of the temperature and the spectral class — white stars are (main-sequence) A and F dwarfs; yellow stars like the Sun are G dwarfs; orange stars are K dwarfs; and red stars are M dwarfs, by far the most common type of star in the solar neighbourhood. The blue axes are oriented along the galactic coordinate system, and the radii of the rings are 5, 10, and 15 light-years, respectively.