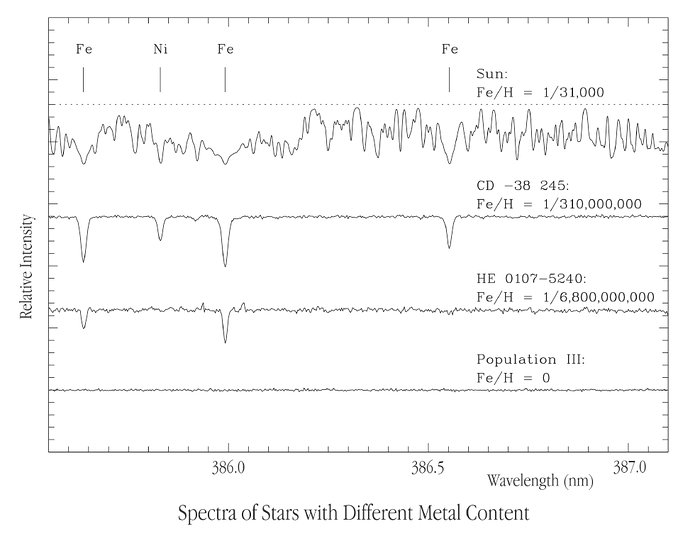 A comparison of a region of the spectrum of the Sun (top) with that of CD -38 245, the previously most iron-deficient star known (2nd from top), the new record-holder HE 0107-5240 (3rd from top), and a (hypothetical) Population III star, consisting only of elements produced in the Big Bang, i.e. hydrogen and helium, and traces of lithium. As can be seen, the spectral absorption lines become progressively weaker with decreasing content of heavier elements. While there is 1 iron atom for every 31,000 hydrogen atoms in the atmosphere of the Sun, in HE 0107-5240 this ratio is about 200,000 times smaller, or only 1 iron atom for every 6.8 billion hydrogen atoms! The two spectra in the middle show that HE 0107-5240 is indeed much more metal-poor than the previous record-holder CD -38 245 - the iron (Fe) lines in the spectrum of HE 0107-5240 are weaker (or absent) and the Nickel (Ni) line is not visible at all.