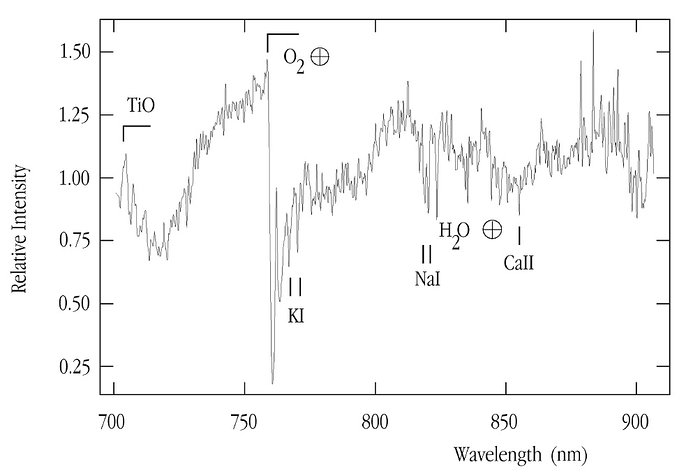 Composite spectrum of the two very close objects seen on the HST image (ESO Press Photo eso0140). It is based on four 1500-second exposures that were obtained with the FORS2 multi-mode instrument at the 8.2-m VLT KUEYEN telescope on February 2, 2001. The presence of certain metal and alkali resonance lines, in particular of sodium (Na), is typical of a cool stellar object. Telluric molecular bands (from the Earth's atmosphere) are indicated with an earth-symbol.