Image of a MACHO 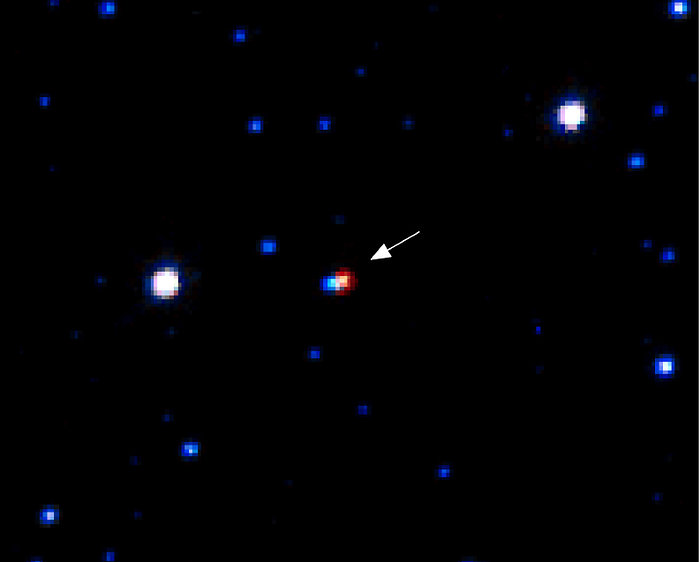 This image is based on three exposures from the WFPC2 camera at the NASA/ESA Hubble Space Telescope, obtained in the V-, R- and I-bands (shown as blue, green and red, respectively). It shows the first image of a Dark Matter object — a MACHO (a massive compact object). It is the red object that is indicated with an arrow and very near to the upper left (at 2 o''clock) of a blue background star. This MACHO is a nearby red dwarf star that gravitationally focused light from the blue background star in another galaxy in a so-called microlensing event. Since the event six years ago, the MACHO has moved 0.134 arcseconds on the sky and can now be clearly separated in the Hubble image.