The velocity curve of star from GRS 1915+105 binary system 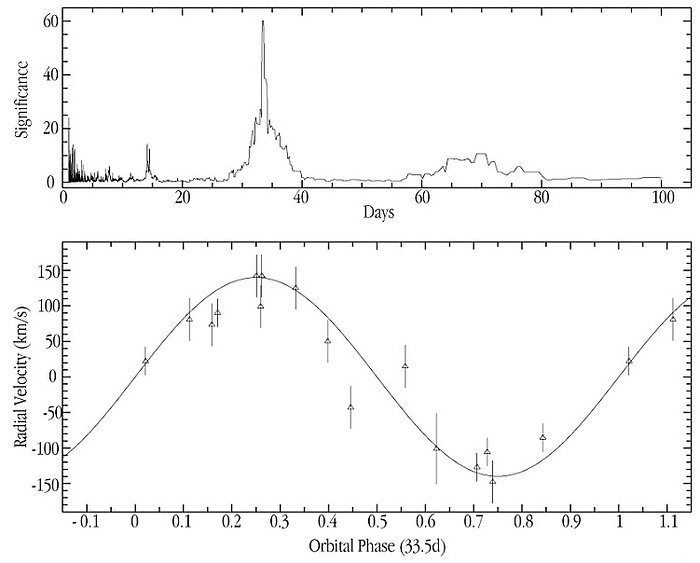 The image displays the velocity of the donor star, as determined from the Doppler shifts of the carbon monoxide lines (ESO Press Photo eso0135). It shows velocities from sixteen observations taken with VLT ANTU/ISAAC between April and September 2000. A periodogram analysis (upper panel) determines the period as 33.5 days and an orbit with this period represents the best fit to the data (lower panel). The orbital velocity of the binary star moving around the black hole is about 140 km/s.