Stellar motions at the centre of NGC 1808 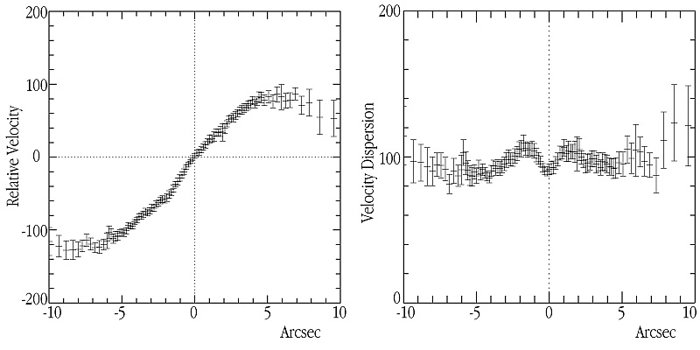 In this chart, the measured velocities (ordinate) of the stars near the centre of NGC 1808 are plotted at different distances from the nucleus (abscissa). The right half shows the corresponding curve after "removal" of the effect from the rotation — the remaining spread is a direct measure of the "velocity dispersion" and the individual stellar motions. As can be clearly seen, the width of the "band" decreases towards the centre, indicating the presence of a "dynamically cool" central stellar system.