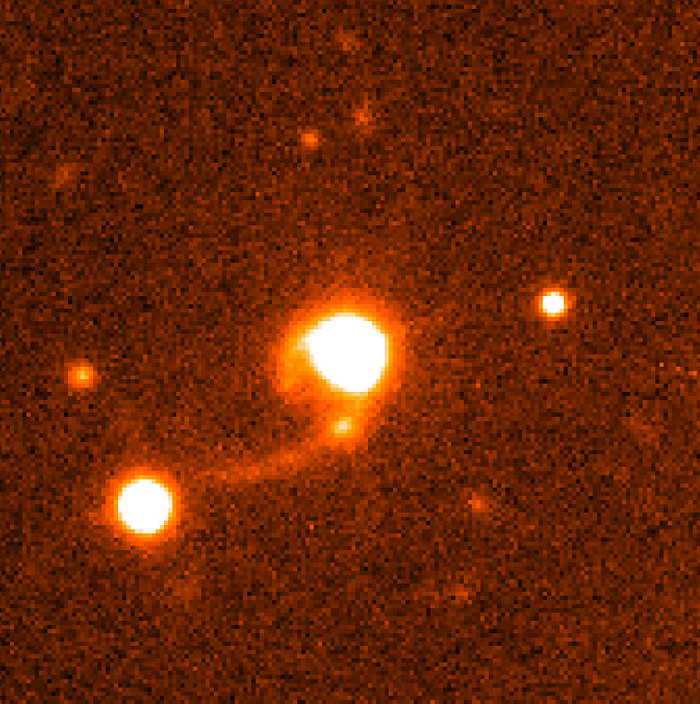 This photograph shows an image of the Quasar HE 1013-2136 (center) and its surroundings, as obtained with the FORS2 multi-mode instrument at the 8.2-m VLT KUEYEN telescope in February 2001. A spectacular arc-like tidal tail stretches from the quasar towards south-east (lower-left) over a distance of more than 150,000 light-years. Another, shorter tidal tail towards the east-northeast is barely visible.