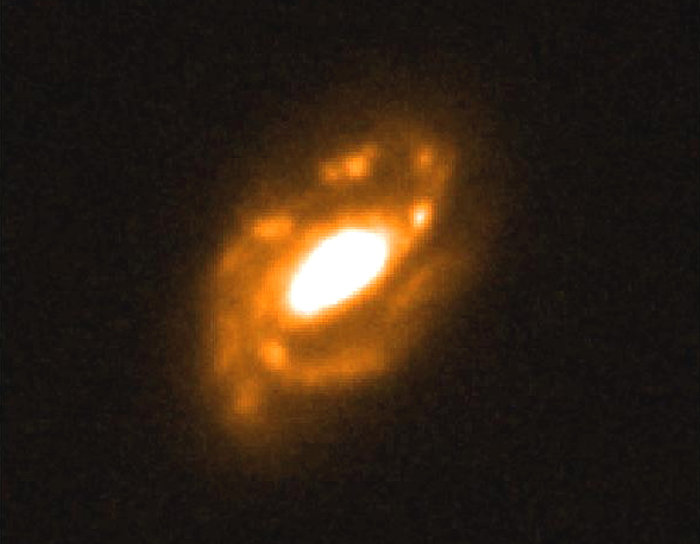 This photo is reproduced from an optical image of the distant galaxy ISOHDFS 27, obtained with the Hubble Space Telescope (HST). The angular size of this galaxy is about 7 arcsec, corresponding to about 130,000 light-years (40 kpc) at the distance of the galaxy, approx. 6,000 million light-years. The inclination of the galaxy's main plane to the line-of-sight is about 50°.

This image covers an area of approx. 7 x 8 arcsec 2 ; North is up, East is to the left. The present results are based on observations that were collected in visitor mode during August 18-20, 2000. For these observations, ISAAC was used in medium resolution mode (R ~ 5000) with a slit of 0.6 arcsec x 2 arcmin. The pixel scale is 0.146 arcsec/pix. The wavelength for the H-alpha is 1.0370 µm and the SZ band was used for the observations. The seeing was very good throughout the run (from 0.2 - 0.9 arcsec).