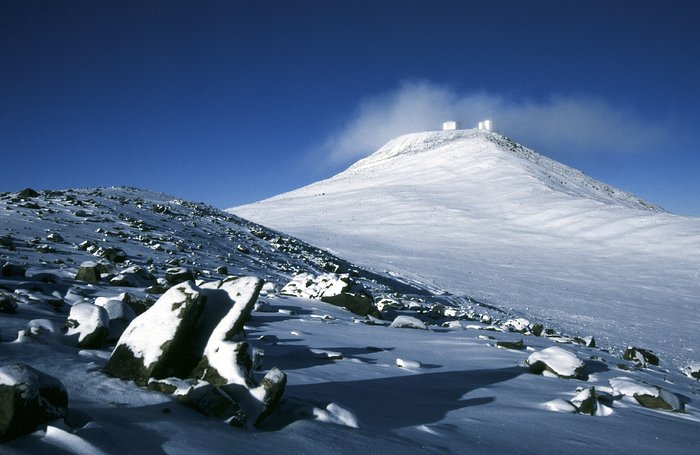 Cerro Paranal, in the Chilean Atacama Desert, is considered one of the best astronomical observing sites in the world. It is home to ESO’s Very Large Telescope (VLT), the flagship facility for European ground-based astronomy.

The humidity at Paranal is generally below five percent and the overall precipitation is only 4 mm per year — a rather dry place indeed. It does, on very rare occasions, snow on this 2600-metre-high peak as illustrated by this beautiful image taken in 2002. The snow-covered terrain gleams under a bright blue sky as the snow storm passes.