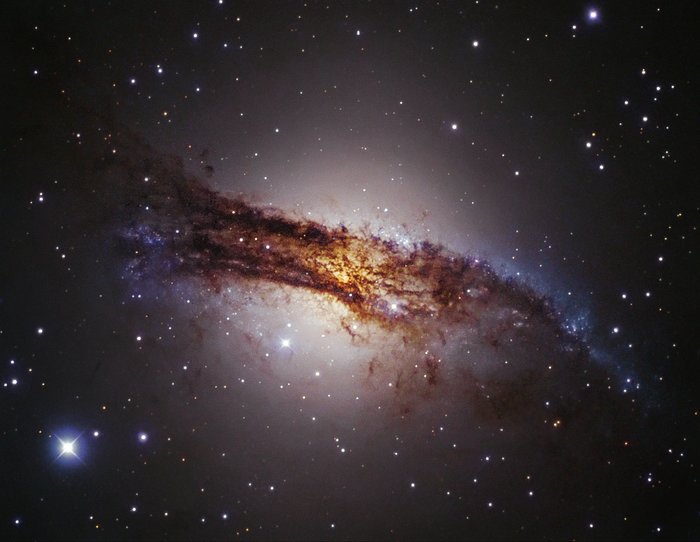 Centaurus A is our nearest giant galaxy, at a distance of about 13 million light-years in the southern constellation of Centaurus, and as such, it is one of the most extensively studied objects in the southern sky. It is an elliptical galaxy, currently merging with a companion spiral galaxy, resulting in areas of intense star formation and making it one of the most spectacular objects in the sky. Centaurus A hosts a very active and highly luminous central region, caused by the presence of a supermassive black hole with a mass of about 100 million solar masses (see eso0109), and is the source of strong radio and X-ray emission. Thick dust layers almost completely obscure the galaxy's centre. This image is based on data acquired with the 1.5-metre Danish telescope at ESO’s La Silla Observatory in Chile, through three filters (B, V, R).