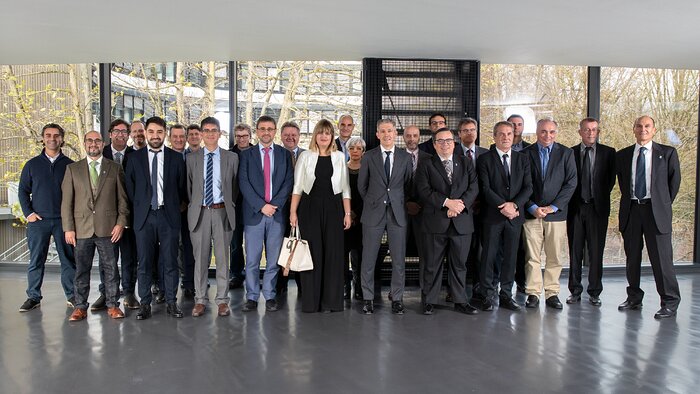 At a ceremony at ESO Headquarters in Garching, Germany on 29 November 2019, ESO signed a contract with SENER Aerospacial for the design and production of the cell for the M5 mirror of the Extremely Large Telescope (ELT). The contract was signed by ESO’s Director General Xavier Barcons and theGeneral  Director of SENER Aeroespacial José Julián Echevarría.

The ceremony was also attended by the Vice-Consul of Spain in Munich María Gonzalo Villanueva, representatives from the Spanish Centre for the Development of Industrial Technology, the Spanish Ministry of Science, Innovation and Universities as well as by staff members of ESO and SENER Aeroespacial.