CAN PAK, winner of the EUCYS special prize for astronomy and space physics, donated by ESO 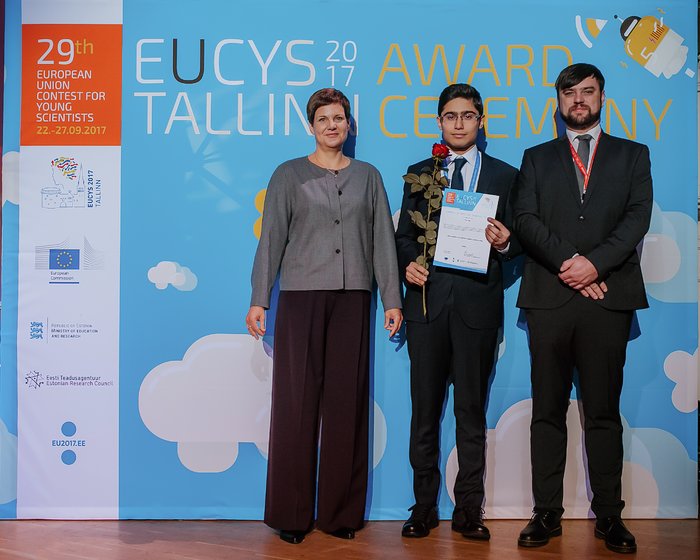 Between 22 and 27 September 2017, 146 young scientists from 40 countries gathered in Tallinn, Estonia to compete in this year’s European Union Contest for Young Scientists (EUCYS). Among the winners was Can Pak, from Turkey, who was awarded the special prize for the best project in the field of astronomy and space physics, donated by ESO.