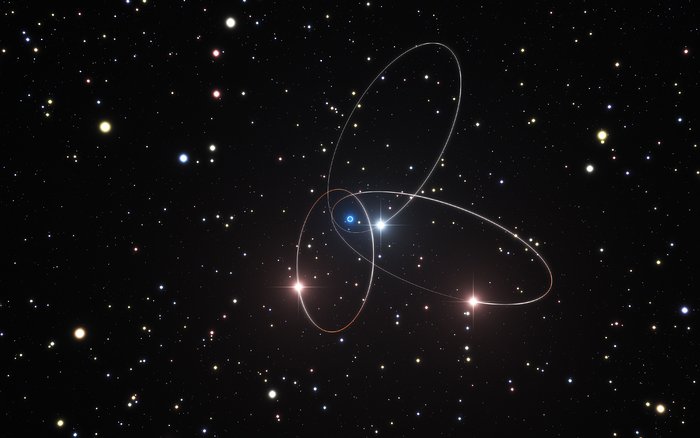 This artist's impression shows the orbits of three of the stars very close to the supermassive black hole at the centre of the Milky Way. Analysis of data from ESO’s Very Large Telescope and other telescopes suggests that the orbits of these stars may show the subtle effects predicted by Einstein’s general theory of relativity. There are hints that the orbit of the star called S2 is deviating slightly from the path calculated using classical physics.

The position of the supermassive black hole is marked with a white circle with a blue halo.