Signature of the 4MOST agreement 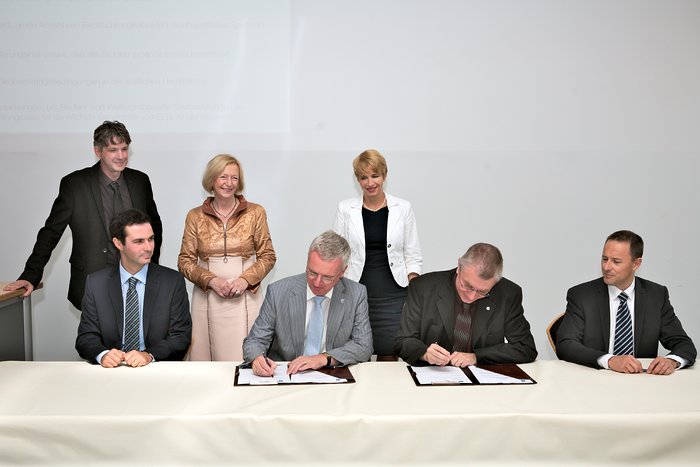 The 4MOST agreement being signed in Potsdam, Germany. Seen in the first row from left are Alessandro Martis (ESO Contracts & Procurement), ESO Director General Tim de Zeeuw, Matthias Steinmetz (AIP), and Matthias Winker (AIP). In the back row are 4MOST Principal Investigator Roelof de Jong, HE Johanna Wanka, German Federal Minister of Education and Research, and Martina Münch, State Minister of Science, Research and Culture for the Land of Brandenburg. The German Federal Ministry of Education and Research (BMBF) supports the AIP in its work on 4MOST in the framework of "Verbundforschung" (collaborative research).