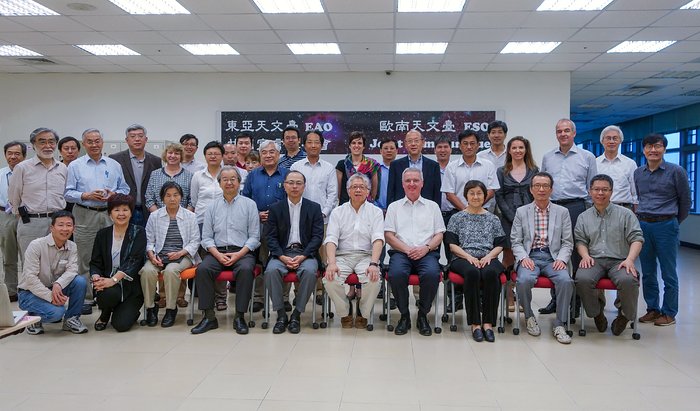 A group photo of the first meeting between ESO and EAO, which took place on 4 May 2015.

The ESO Director General, Tim de Zeeuw, visited ASIAA in order to meet the EAO Directors, including the EAO Director General, Academician Paul Ho, former Director of ASIAA. This was the first time that the two organisations had met. The potential for collaboration and cooperation between east and west was one of the important topics for the meeting. Also seen on the right side are Laura Comendador Frutos (ESO ‎Head of Cabinet of the Director General & Head of Legal and International Affairs) and ESO Director for Administration Patrick Geeraert.