The winner of the 2013 European Astronomy Journalism Prize 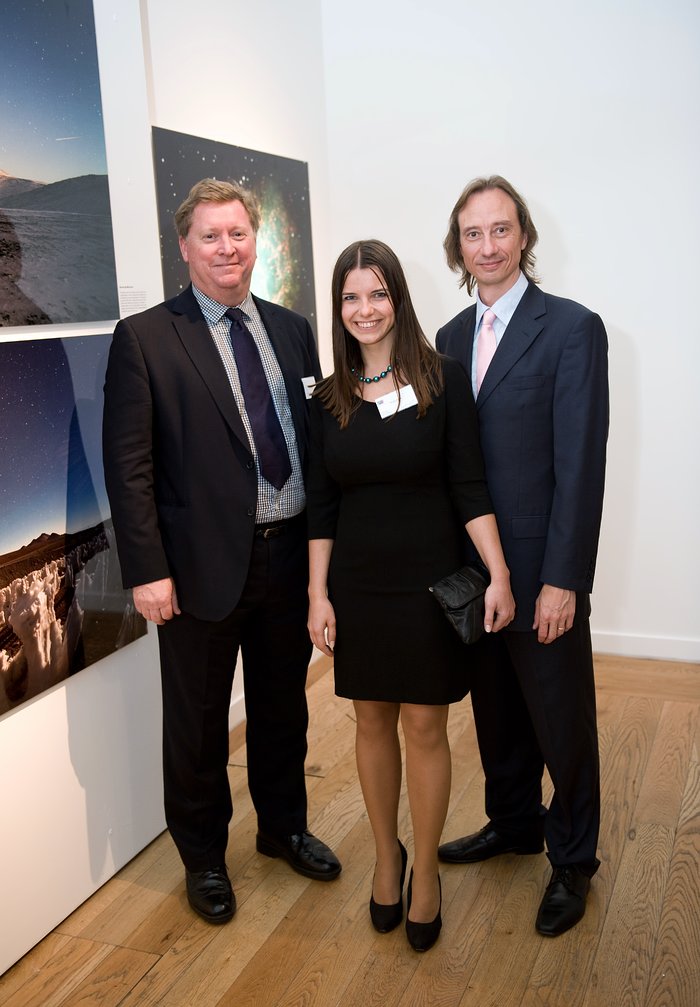 The winner of the 2013 European Astronomy Journalism Prize was author and astronomy journalist Stuart Clark for his piece When the dust unsettles. The article featured in the weekly British science magazine New Scientist and looks at cosmic dust, the starting point for building whole planets and much else besides.

The award was announced at the British Science Festival 2013 media reception, sponsored by the Science and Technology Facilities Council (STFC), on 11 September 2013.

The picture shows (from left to right), head of the jury STFC’s Head of Communications Terry O’Connor (left) with Sandra Kropa (middle), whose work was also highly commended by the judges, and Stuart Clark (right).