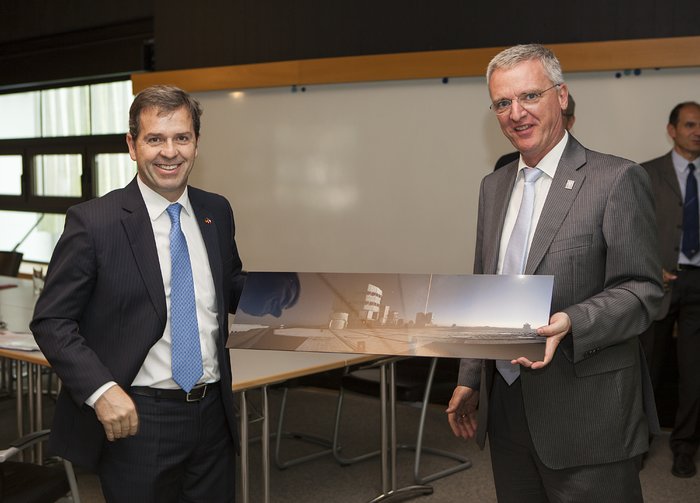 On 24 June 2013 a delegation of Chilean representatives visited ESO's Headquarters in Garching bei München, Germany. It was led by the Chilean Minister for Economy, Mr. Félix de Vicente, and included the Chilean ambassador to Germany, Mr. Jorge O’Ryan Schütz. They met ESO representatives in order to discuss new ways of collaboration between Chile and ESO, focusing on the synergies that can come from the longstanding collaboration between the organisation and its host country.

In this picture Mr Félix de Vicente (left) is being presented with a picture of ESO's Paranal Observatory by the ESO Director General, Tim de Zeeuw (right). In the background Roberto Tamai, Programme Manager for the European Extremely Large Telescope is seen.