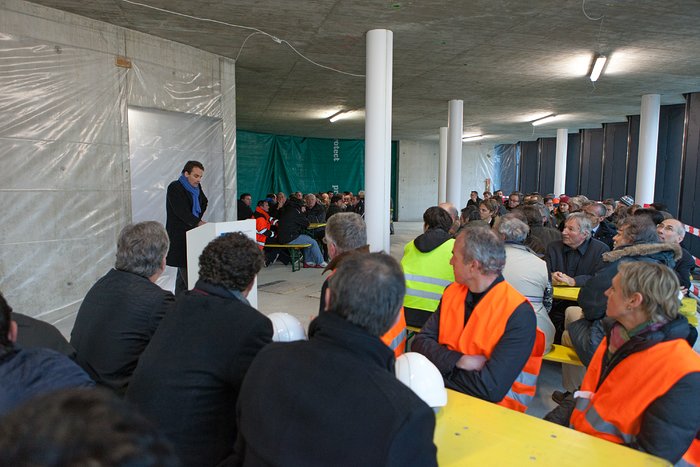 On 29 November 2012 the outer shell of the new ESO extension building was completed, and a Richtfest or topping out ceremony was held. The ceremony is a way of thanking the construction team for its successful work. On ESO’s side it was attended by Director General, Tim de Zeeuw (middle) and Head of Administration, Patrick Geeraert (middle, right). BAM Deutschland AG, the firm constructing the building, was represented by Albrecht Häberle, a member of the management board, and the architects Auer+Weber+Assoziierte were represented by Philipp Auer (speaking). A total of around 150 people joined the festivities.