The new ALMA Santiago Central Office is handed over 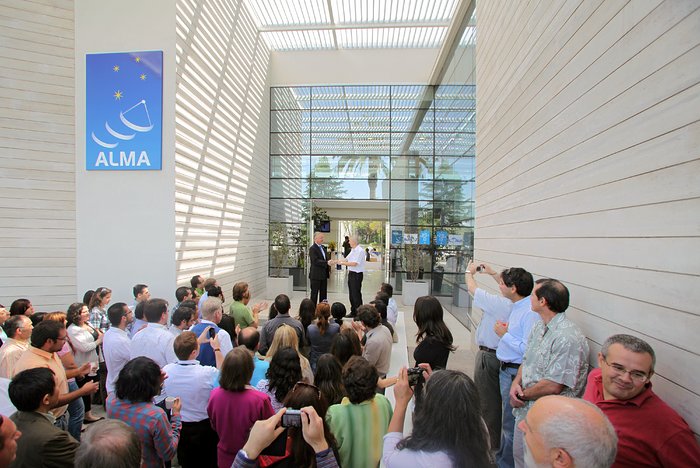 The official hand over of the Santiago Central Office headquarters of the Atacama Large Millimeter/submillimeter Array (ALMA) project, in the Vitacura district of the Chilean capital. The ceremony took place on 5 November 2010. In the image ESO Director General, Tim de Zeeuw, hands over the building keys to ALMA Director, Thijs de Graauw.

The building, which is adjacent to ESO’s Santiago offices and was built by ESO as part of its responsibilities as the European ALMA partner, has a size of almost 7000 square metres over two storeys. It has more than 100 offices, as well as other facilities such as meeting rooms, an auditorium, and underground parking for 130 cars.