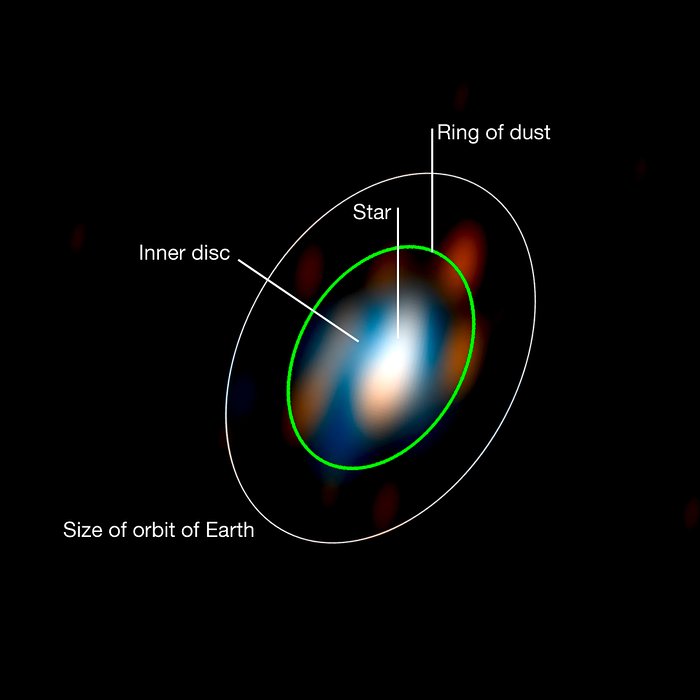 New research carried out using ESO telescopes has, for the first time, allowed astronomers to reconstruct a detailed picture of the disc of matter around a young star. Stéphanie Renard of the Laboratoire d’Astrophysique de Grenoble and colleagues used the ESO VLT Interferometer to probe the secrets of the inner part of the disc around the star HD 163296. This image shows the reconstruction of images in two parts of the near-infrared spectrum (H and K). The green ellipse traces the location of the newly discovered ring inside which the dust was found. The white ellipse represents the orbit of the Earth around the Sun placed in this system in order to show the scale of the picture and the extraordinarily fine details that are revealed in this image.