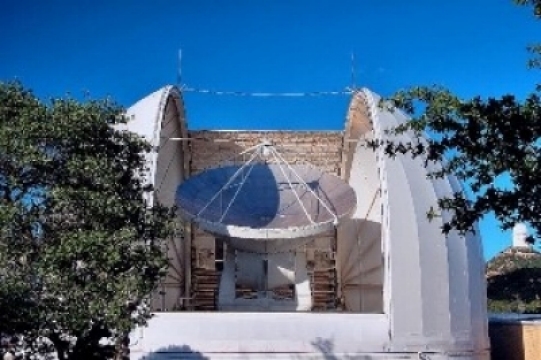 The Arizona Radio Observatory has announced the successful commissioning of the new ARO Wideband Spectrometer (AROWS) spectrometer on the 12-metre ALMA Prototype antenna. AROWS covers two 4-GHz wide intermediate frequencies, and is planned to be upgraded to cover four 4 GHz wide intermediate frequencies. It is used with the sideband-separating receiver covering 82.5 to 116 GHz, and replaces the old MAC and filterbanks.

The deadline for ESO Public Spectroscopic Surveys with ARO is 27 September 2018 at 12:00 CEST, as announced in July. Full details are available via the web page of the call for public survey proposals.