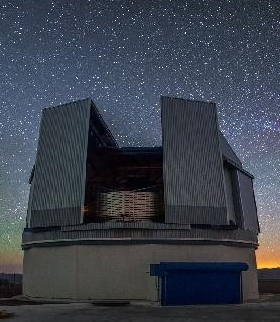 The VST ATLAS Public Survey is targeting 4500 square degrees of the southern sky in five filters (u,g,r,i,z) to depths comparable to those of the SDSS. ATLAS is complemented by near-infrared data from the VISTA Hemisphere Survey (VHS) and VISTA VIKING Public Surveys. This first ATLAS catalogue release covers more than 2000 square degrees.

The catalogue was extracted from the reduced VST images which have been released in September 2015 (see announcement) and covers the time from the start of observations by VST in August 2011 through to end September 2013. The sky coverage is ~2000-3000 square degrees depending on band. The multi-band source catalogue contains 87 million entries and was produced by the Wide Field Astronomy Unit (WFAU) in Edinburgh.

These new catalogue data are accessible from the ESO Catalogue Facility Query Interface and are accompanied by a comprehensive release description.