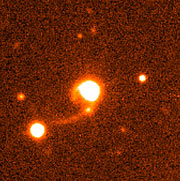 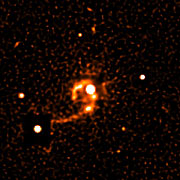 Görüntüler eso0122b
Quasar HE 1013-2136 with tidal tails
Yorumlarınızı gönderin!
Subscribe to receive news from ESO in your language
Accelerated by CDN77
Şartlar & Koşullar