Flowers of stellar wind could be due to stellar companions 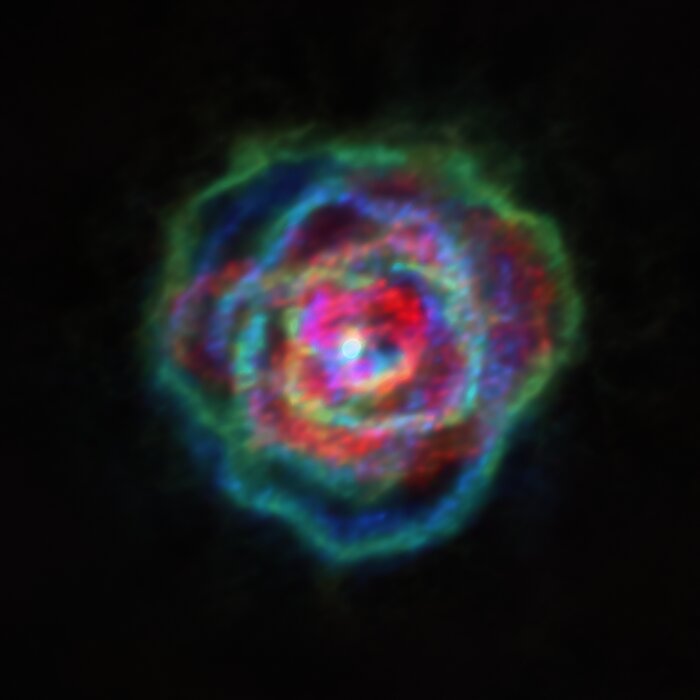 The ongoing large-scale ATOMIUM project is being conducted in collaboration with ALMA, the Atacama Large  Millimeter/submillimeter Array, which is located in Chile and has ESO as a partner.The project set out to map the stellar winds blowing out from around a dozen red giant stars, an ambitious goal made possible thanks to ALMA’s spectacular resolution. These stellar winds — which are sometimes millions of times stronger than those of our Sun — were expected to be spherical, like the parent stars that they are blasted away from.

However, researchers did not observe spherical stellar winds, but something quite different. As seen in the above image — which shows winds around a star called R Aquilae — the team found that in all cases the stellar winds were not spherical, but had different shapes, including some resembling the delicate petals of a rose. The patterns seen in the stellar winds have a striking resemblance to those of planetary nebulae.