The NTT comes to life 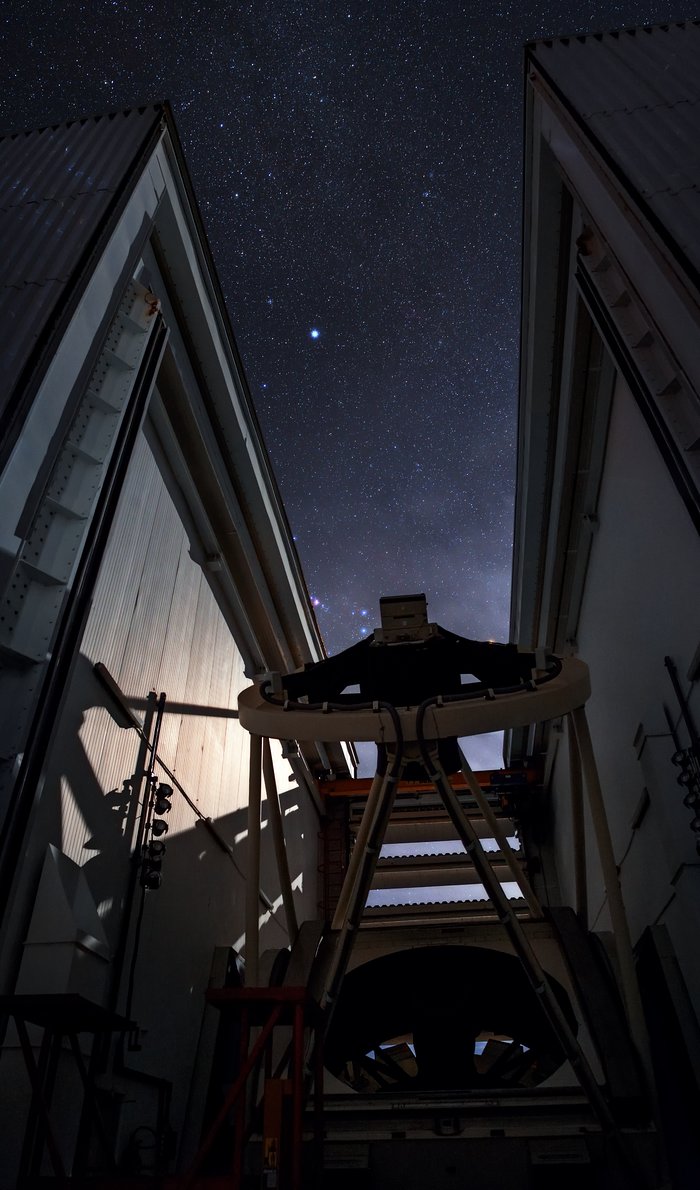 In this picture, the enclosure for ESO’s New Technology Telescope (NTT) has opened its angled doors to reveal a long slice of the southern sky. The sky is freckled by stars, while the moon lights up the inner walls of the NTT dome, casting a shadow over the 3.6-metre telescope. At the top of the telescope we can make out the secondary mirror cell of the telescope, held in a ring structure and supported on struts above the primary mirror.

One of the NTT’s remarkable aspects is that it employs active optics, in which the primary mirror is flexible and its shape is actively adjusted during observations by actuators to preserve the optimal image quality. The position of the secondary mirror is also actively controlled in three directions. This technology, developed by ESO, is nowadays applied to all major modern telescopes, such as the Very Large Telescope at Cerro Paranal and the future European Extremely Large Telescope.

The design of the octagonal enclosure housing the NTT is another technological breakthrough. The telescope dome is relatively small, and is ventilated by a system of flaps that makes air flow smoothly across the mirror, reducing turbulence and leading to sharper images. When the dome is opened, the telescope comes to life and moves across the sky to track astronomical objects.