The daily motion of the S2 star as seen with GRAVITY 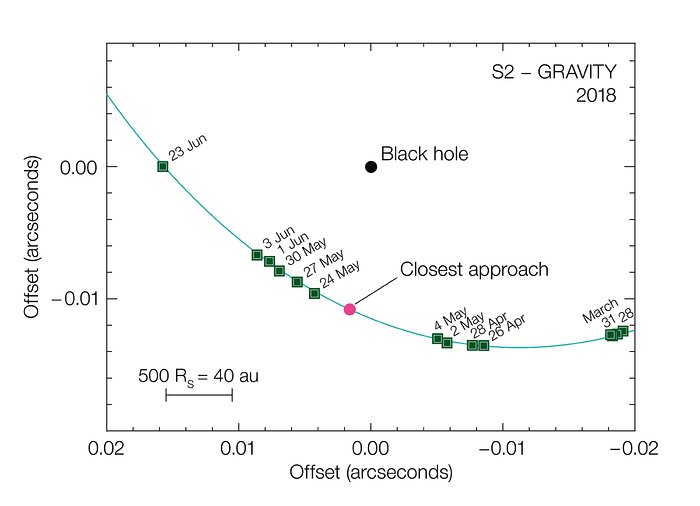 This diagram shows the motion of the star S2 as it passes close to the supermassive black hole at the centre of the Milky Way. It was compiled from observations with the GRAVITY instrument in the VLT interferometer. At this point the star was travelling at nearly 3% of the speed of light and its shift in position can be seen from night to night. The sizes of the star and the black hole are not to scale.