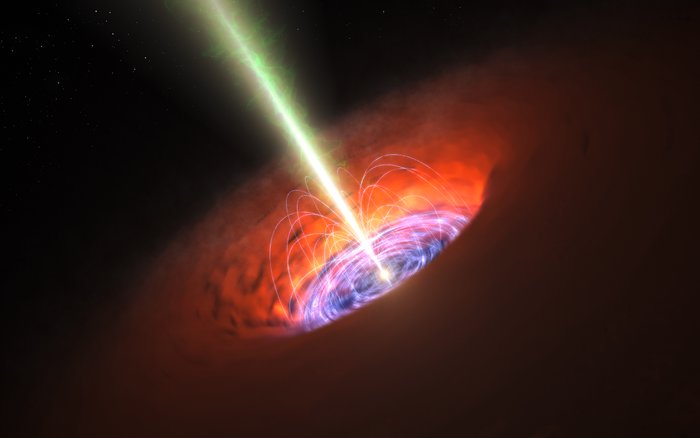 This artist’s impression shows the surroundings of a supermassive black hole, typical of that found at the heart of many galaxies. The black hole itself is surrounded by a brilliant accretion disc of very hot, infalling material and, further out, a dusty torus. There are also often high-speed jets of material ejected at the black hole’s poles that can extend huge distances into space. Observations with ALMA have detected a very strong magnetic field close to the black hole at the base of the jets and this is probably involved in jet production and collimation.