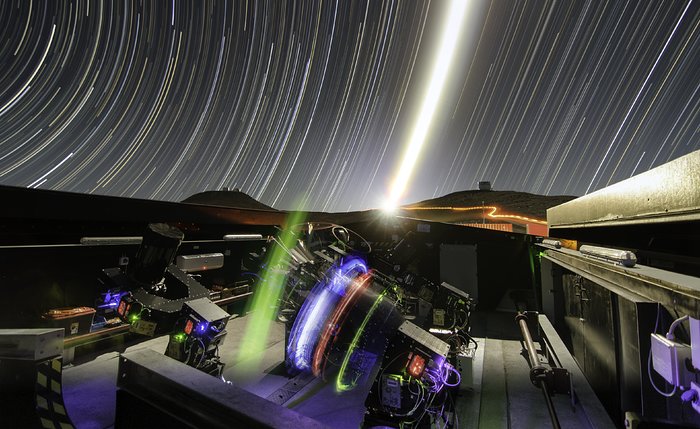 This night time long-exposure view shows the telescopes during testing. The very brilliant Moon appears in the centre of the picture and the VISTA (right) and VLT (left) domes can also be seen on the horizon.