Artist’s impression of the rings around Chariklo 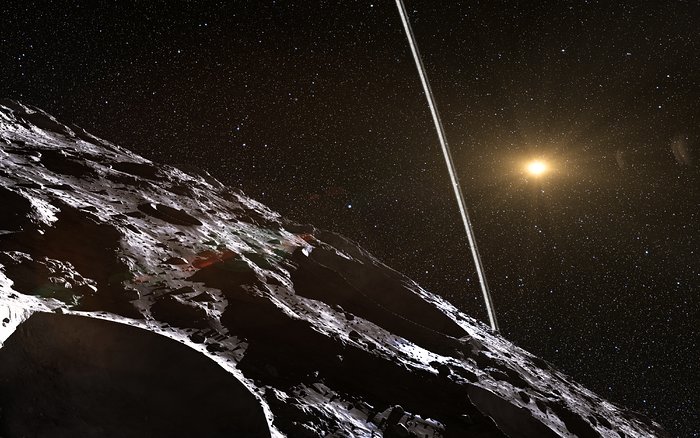 This artist’s impression shows how the rings might look from close to the surface of Chariklo.