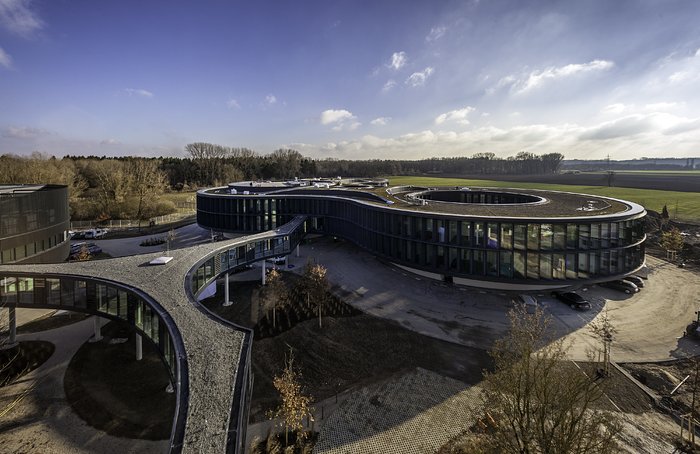 ESO’s new office and conference building in Garching, together with the technical building, have a total area of 13 200 square metres, which more than doubles the total area of ESO Headquarters. The new buildings, which were inaugurated on 4 December 2013, will strengthen ESO’s presence on the Garching research campus, allowing the organisation to further expand its economic and scientific contribution to the region.

The new extension appears in the centre of the picture, taken from the roof of the current building. Part of the new technical building is seen to the left and the bridge connecting them in the foreground.