Artist’s impression of a galaxy accreting material from its surroundings 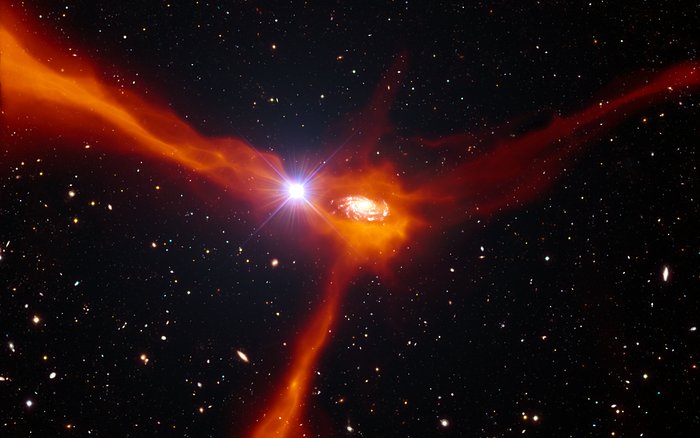 This artist’s impression shows a galaxy in the distant Universe, just two billion years after the Big Bang, in the process of pulling in cool gas (shown in orange) from its surroundings. Astronomers have been able to find out a lot about this object by studying not just the galaxy, but also the light of a much more distant quasar (the bright object to the left of the central galaxy), which happens to be in the right place to shine through the accreting gas. The motions of the gas and its composition fit very well with theories of cool gas accretion as a way of feeding star formation and galaxy growth.