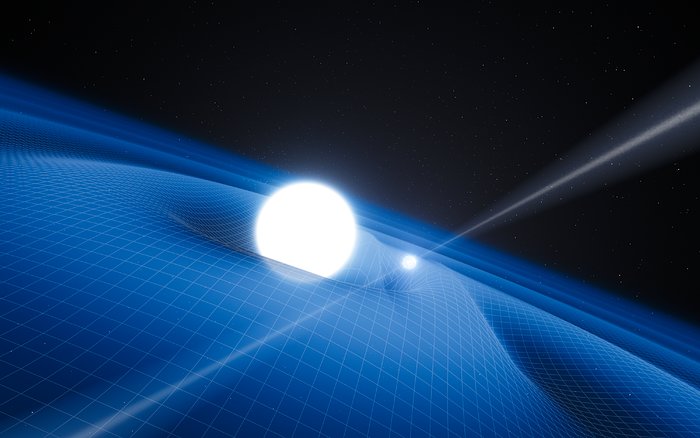 This artist’s impression shows the exotic double object that consists of a tiny, but very heavy neutron star that spins 25 times each second, orbited every two and a half hours by a white dwarf star. The neutron star is a pulsar named PSR J0348+0432 that is giving off radio waves that can be picked up on Earth by radio telescopes. Although this unusual pair is very interesting in its own right, it is also a unique laboratory for testing the limits of physical theories.

This system is radiating gravitational radiation, ripples in spacetime. Although these waves (shown as the grid in this picture) cannot be yet detected directly by astronomers on Earth they can be sensed indirectly by measuring the change in the orbit of the system as it loses energy.

As the pulsar is so small the relative sizes of the two objects are not drawn to scale.