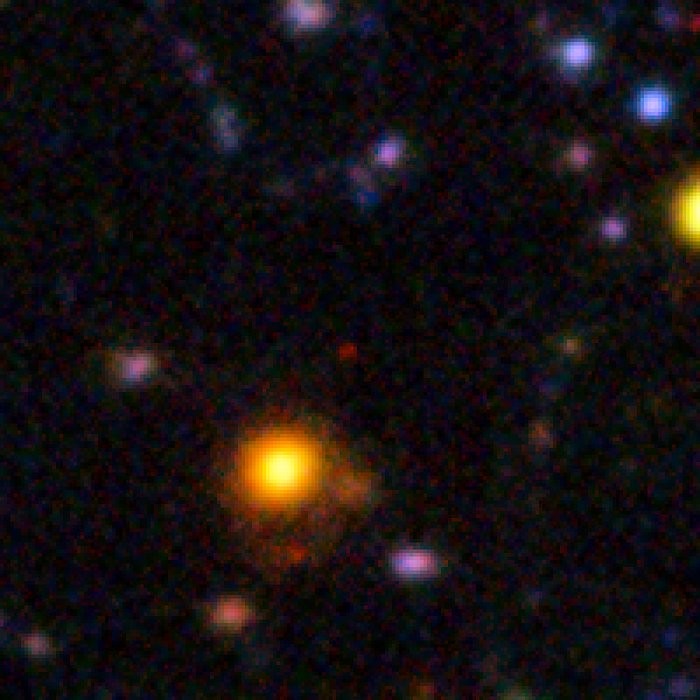 The red speck at the centre of this very deep image from the ESO Very Large Telescope shows the galaxy NTTDF-6345, one of the most distant ever to have had its distance measured accurately. This extremely faint object is one of five that have been used to chart the timeline of the reionisation of the Universe about 13 billion years ago.