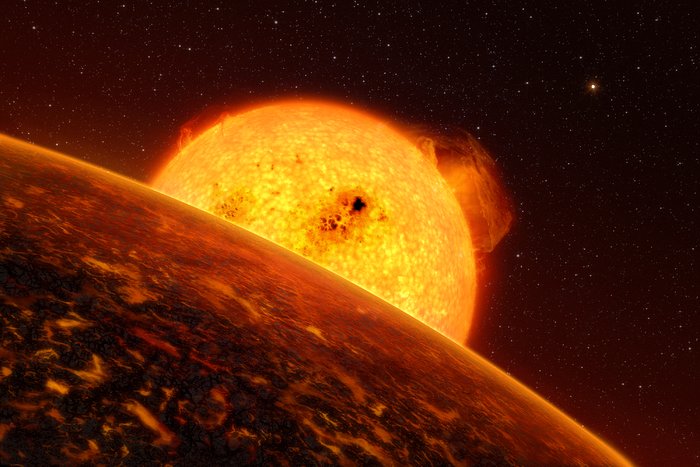 The exoplanet CoRoT-7b is so close to its Sun-like host star that it must experience extreme conditions. This planet has a mass five times that of Earth’s and is in fact the closest known exoplanet to its host star, which also makes it the fastest — it orbits its star at a speed of more than 750 000 kilometres per hour. The probable temperature on its “day-face” is above 2,000 degrees, but minus 200 degrees on its night face. Theoretical models suggest that the planet may have lava or boiling oceans on its surface. Our artist has provided an impression of how it may look like if it were covered by lava. The sister planet, Corot-7c, is seen in the distance.