Around the Arches Cluster 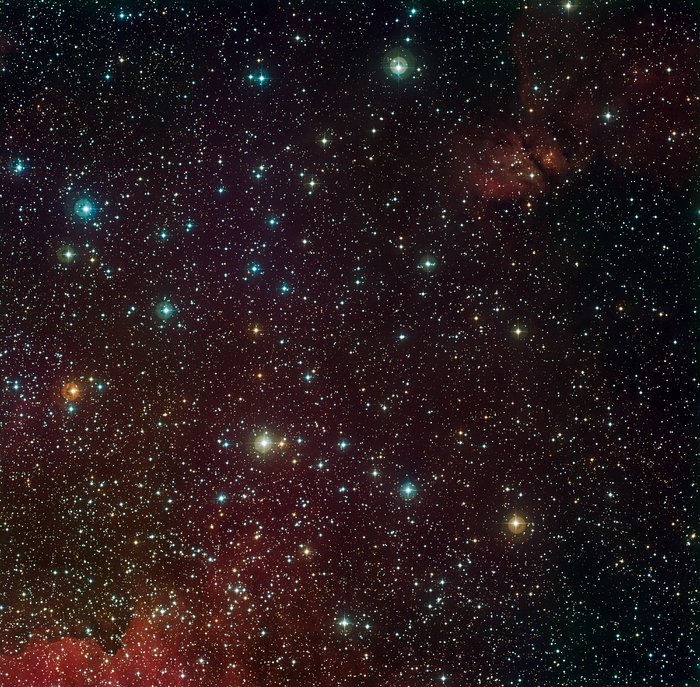 The turbulent central region of our Milky Way is shown in this beautiful picture taken with the Wide Field Imager attached to the 2.2-metre MPG/ESO telescope. Near the centre of the image — and of our Galaxy — a supermassive black hole lurks (see ESO Press Release eso0846). Dense dust found there obscures all but the brightest stars. The image also includes the area occupied by the Arches Cluster (located in the middle of the upper quarter of the image). Astronomers needed to look in the near-infrared with the acute eye offered by adaptive optics on ESO's Very Large Telescope to study the stellar composition of the Arches Cluster. This crowded stellar factory has more than a thousand stars crammed into each cubic light year — an astonishing one million times as star-filled as our Sun’s neighbourhood (ESO Press Release eso0921).

Also see the marvellous zoom to the Arches Cluster.

This colour composite image was made from data taken with B, V, and Rc filters.