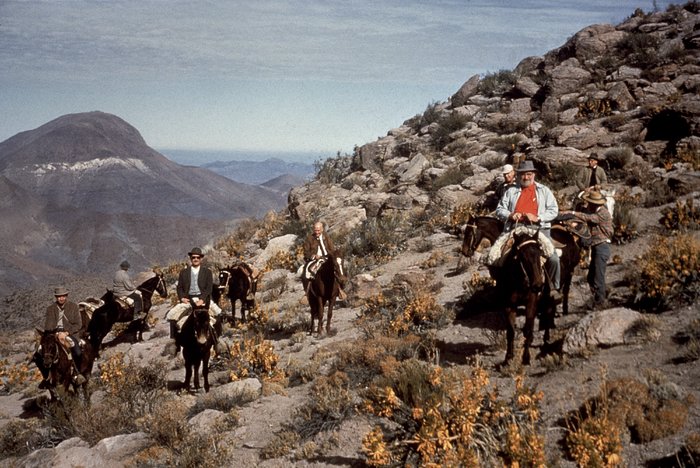 On June 8-10 1963, ESO officials were the guests of AURA on their property and on June 10 gathered on Cerro Morado, discussing ESO prospects in Chile. On June 8 1963, they undertook the trip on horseback to Tololo, where most of June 9 was spent for inspection of the AURA site. From there, both groups went on June 10 to the neighbouring mountain Morado on the AURA territory, south of Tololo; it was AURA's suggestion that this mountain, with its large surface and well tested, favourable observing conditions, might offer a suitable location for the ESO Observatory. On the photograph, from left to right: Ch. Fehrenbach, O. Heckmann, Sr Marchetti, J.H. Oort, N.U. Mayall, F.K. Edmondson and A.B. Muller.