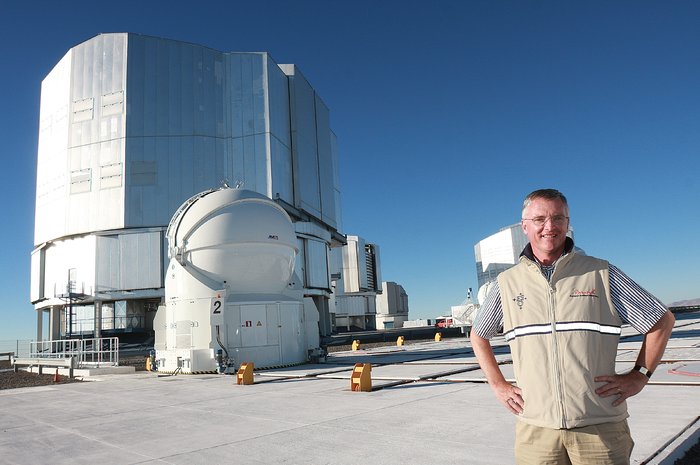 Professor Tim de Zeeuw, ESO Director General since September 2007, during a visit to the Paranal Observatory in August 2008. He stands on top of the Very Large Telescope platform in front of the enclosures of the four 8.2m unit telescopes ANTU, KUEYEN, MELIPAL, and YEPUN (from left to right). On the left the dome of AT2, one of the auxiliary telescopes, is seen.

Telif:
ESO
Usage of ESO Images, Videos, Web texts and Music
Are you a journalist? Subscribe to the ESO Media Newsletter in your language.