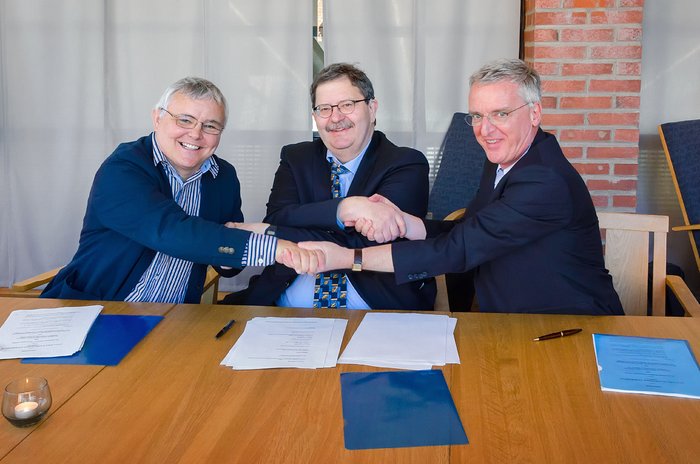 In May 2017 at a ceremony at Chalmers University of Technology in Gothenburg, Sweden an extension of the agreement between the partners of the Atacama Pathfinder Experiment (APEX) was signed, ensuring that this very productive collaboration will continue until the end of 2022. The 12-metre APEX telescope saw first light in 2005 and has provided astronomers with detailed glimpses into the coldest objects and processes in the Universe.