A dark filament in scattered light 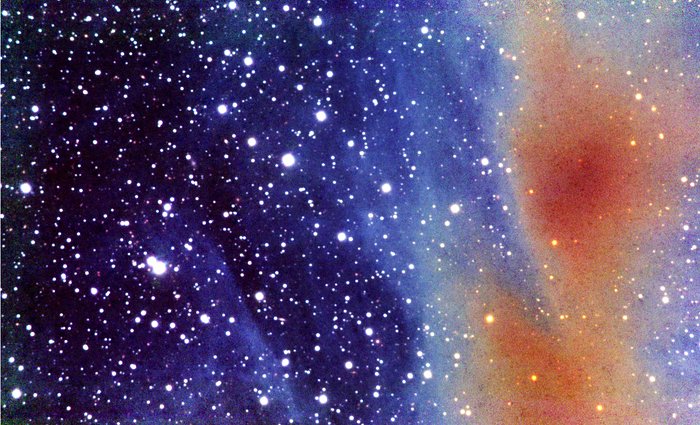 Part of a filament in the Corona Australis molecular cloud. The image is a composite of J-, H-, and K-band near-infrared observations that were made with the SOFI instrument on ESO's NTT telescope in August 2006. The observations were made to test, how easily the scattered light can be observed and how good it is as a tracer of cloud structure. The J-, H-, and K-band intensities are coded with blue, green, and red colours. The gradual saturation of the near-infrared bands is visible as a change of colour. In diffuse regions the shorter wavelength J-band is strong and the colour is bluish. When the J-band saturates the colour changes first to green and finally, in the centre of the filament, the red colour corresponding to the K-band becomes the strongest. In the most saturated regions the surface brightness data can only be used to derive a lower limit for the total amount of dust on the line of sight.