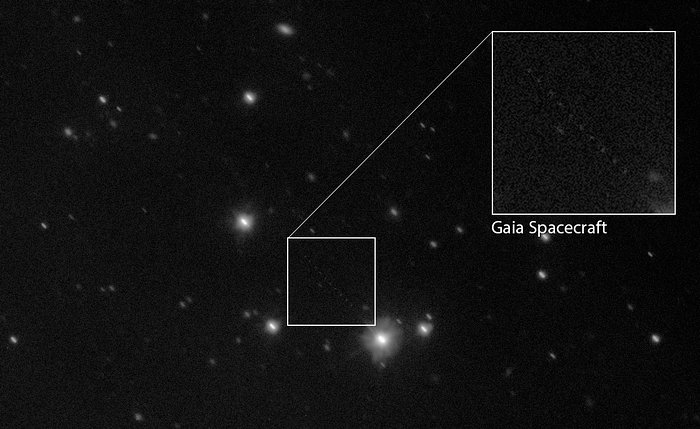 This image, a composite of several observations captured by ESO’s VLT Survey Telescope (VST), shows the space observatory Gaia as a faint trail of dots across the lower half of the star-filled field of view. These observations were taken as part of an ongoing collaborative effort to measure Gaia’s orbit and improve the accuracy of its unprecedented star map.

The position of Gaia is shown in this annotated image.