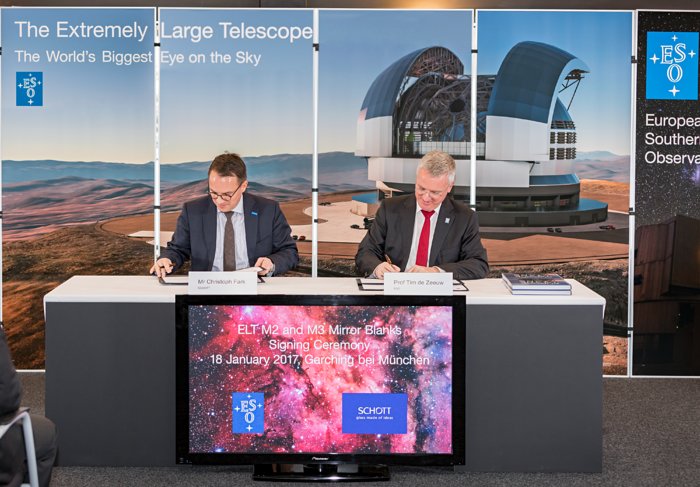 In this picture ESO, represented by the Director General Tim de Zeeuw (right), signed two contracts with SCHOTT, represented by Christoph Fark, Executive Vice President, for the casting of the ELT's secondary and tertiary mirrors.