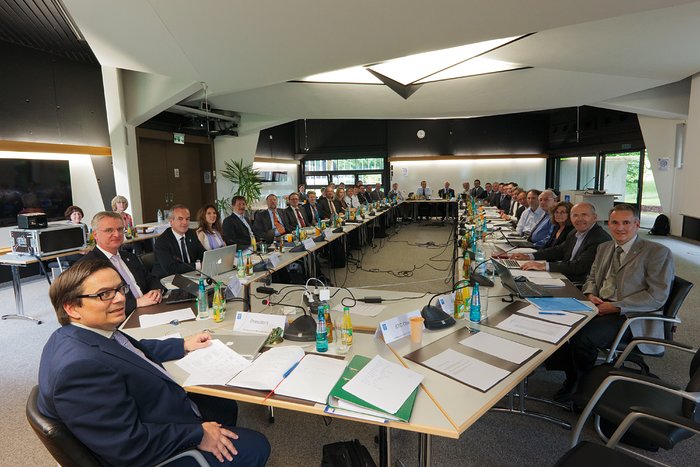 This picture was taken at ESO’s Garching Headquarters during the historic Council meeting of 11–12 June 2012 when the E-ELT programme was approved (subject to confirmation of the so-called ad referendum votes).

For a glimpse back in time compare with the photo at the Council approval of the VLT in December 1987.