Planetary Nebulae in and around Messier 87 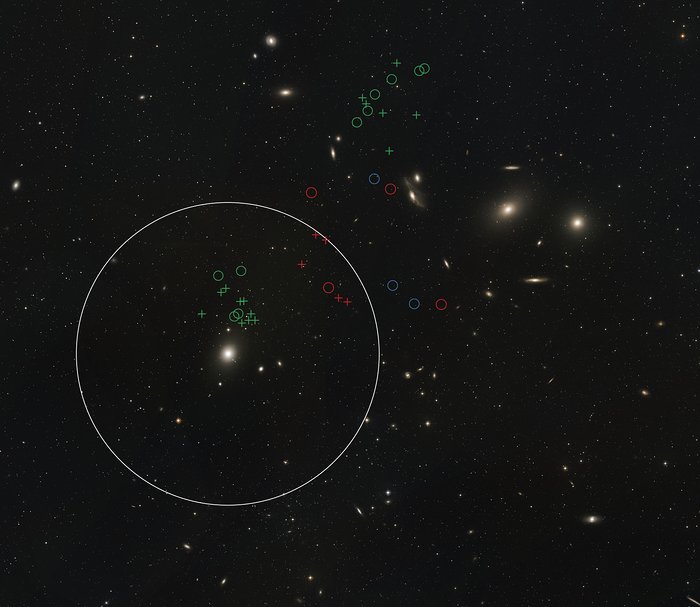 Location of the planetary nebulae in the outskirts of the giant galaxy Messier 87 and in the intergalactic space around the centre of the Virgo Cluster of galaxies. By measuring the motions of these objects very precisely, using the highly efficient FLAMES spectrograph on the ESO Very Large Telescope at the Paranal Observatory (Chile), astronomers have probed the edge of Messier 87 for the first time, and found it to be about three times as large as our own Milky Way.