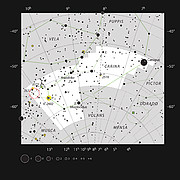 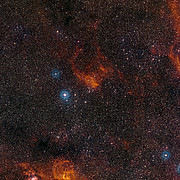 PR video eso1347b
A close look at the star cluster NGC 3572 and its dramatic surroundings
Pošaljite nam svoje komentare!
Subscribe to receive news from ESO in your language
Accelerated by CDN77
Uslovi & odredbe