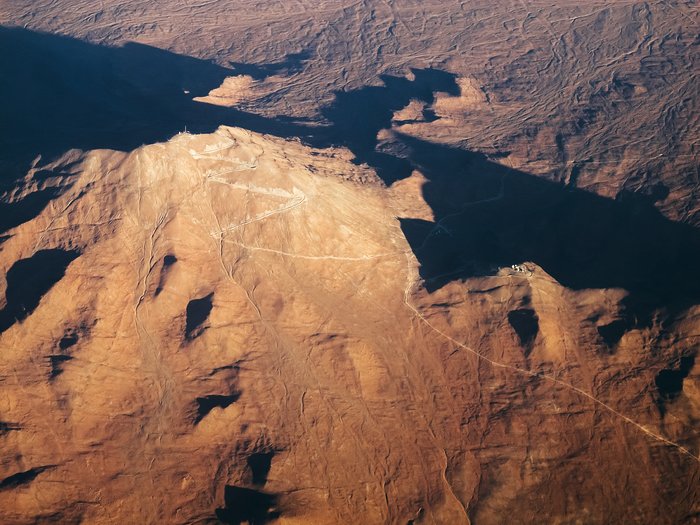 This spectacular aerial shot of Cerro Armazones, taken by ESO Photo Ambassador Gerhard Hüdepohl, represents that wonderful moment for a photographer: when everything lines up for the perfect shot.

Hüdepohl captured this image while on a commercial flight from Antofagasta to Santiago. Shortly after taking off the plane took the ideal flight path for an aerial snap of Cerro Armazones — and Hüdepohl could not have asked for better conditions. Seizing the moment, he was able to capture this unusual perspective, high above the spectacular terrain.

This image shows the Atacama Desert with amazing clarity, with the thin, zigzag path standing out sharply from the dusty terrain. This dirt road can be seen slicing its way up to the summit of Cerro Armazones. The site will soon become the home of the European Extremely Large Telescope (E-ELT), a 39-metre telescope that will not only answer existing questions in astronomy, but also raise — and hopefully answer — entirely new questions altogether.