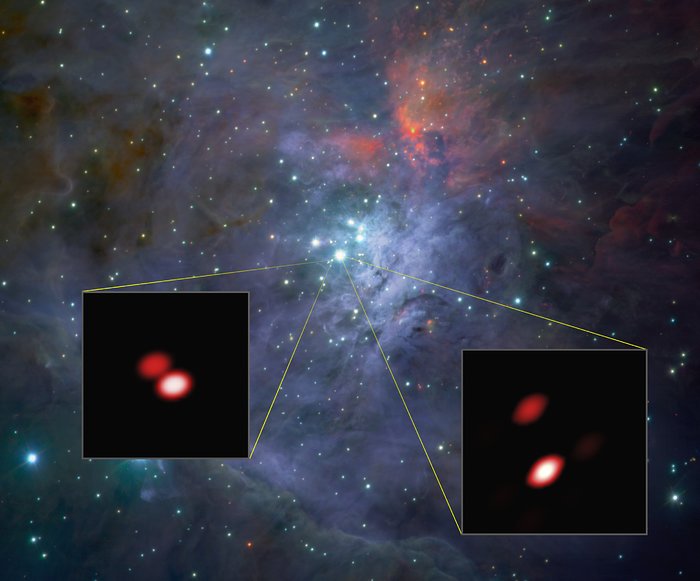 As part of the first observations with the new GRAVITY instrument the team looked closely at the bright, young stars known as the Trapezium Cluster, located in the heart of the Orion star-forming region. Already, from these first data, GRAVITY made a discovery: one of the components of the cluster (Theta1 Orionis F, lower left) was found to be a double star for the first time. The brighter double star Theta1 Orionis C (lower right) is also well seen.