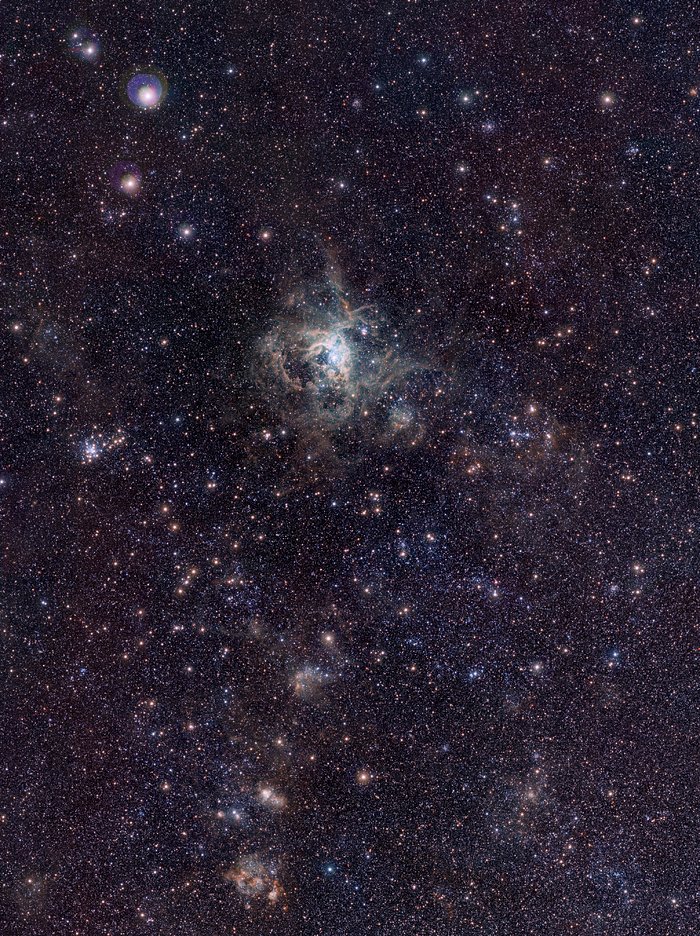 This VISTA image shows the spectacular 30 Doradus star-forming region, also called the Tarantula Nebula. At its core is a large cluster of stars known as R 136, in which some of the most massive stars known are located. This infrared image, made with ESO’s VISTA survey telescope, is from the VISTA Magellanic Cloud Survey. The project will scan a vast area — 184 square degrees of the sky (corresponding to almost one thousand times the apparent area of the full Moon), including our nearby neighbouring galaxies, the Large and Small Magellanic Clouds. The end result will be a detailed study of the star formation history and three-dimensional geometry of the Magellanic system.

This image was created from images taken through Y, J and Ks filters in the near-infrared part of the spectrum (coloured blue, green and red respectively). The exposure times were 40, 47 and 81 minutes per filter respectively. The image covers a region of sky about 52 by 70 arcminutes.