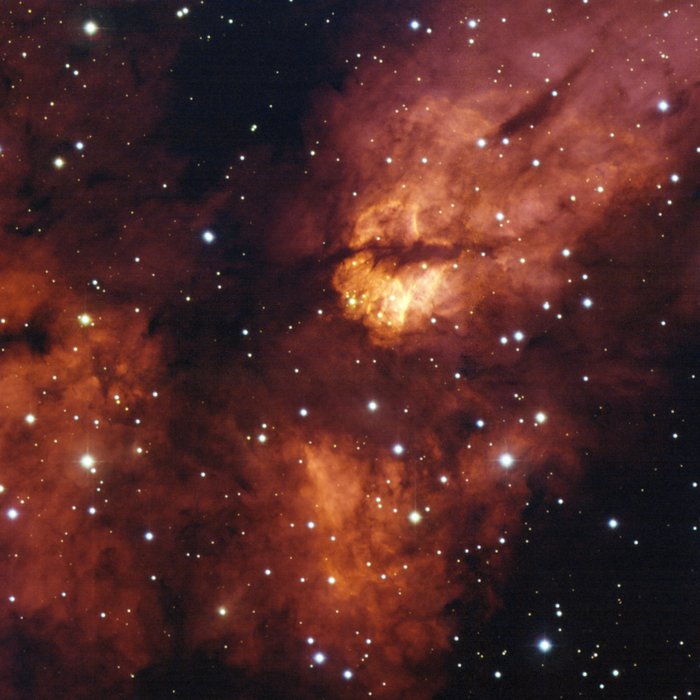 The dense star cluster RCW 38 glistens about 5,500 light years away in the direction of the constellation Vela (the Sails). RCW 38 is an "embedded" cluster, in that the nascent cloud of dust and gas still envelops its stars. There, young, titanic stars bombard fledgling suns and planets with powerful winds and large amount of light, helped in their devastating task by short-lived, massive stars that explode as supernovae. In some cases, this energetic onslaught cooks away the matter that may eventually form new planetary systems. Scientists think that our own Solar System emerged from such a dramatic environment.

This image was obtained with the Wide Field Imager instrument on the MPG/ESO 2.2-metre telescope at La Silla, using data collected through four filters (B, V, R and H-alpha). The field of view is about 10 arcminutes.